On the 26th of August, Rep. Ilhan Omar publicly declared her support for Hurmuud, a notorious organization known for its terrorist leadership and financing of terrorism.

Somali government and peacekeeping forces, need to protect @Hormuud and the Somali telecom industry as they make enormous contribution to the economy and provide vital services.

During my visit to Somalia in 2011, I was surprised by the quick evolution of technology in Somalia. https://t.co/u1vAht8sUo

I broke the story by writing a detailed report on Hurmuud and their direct links to terrorism with the assistance of Strategic Analyst. The report was quickly picked up by Judicial Watch, Clarion Project and several media outlets.

There has been a new and serious development to this case. The International Policy Group (IPG) in Nairobi Kenya has released a Report of the Investigation into the link between Hormuud Telecom and the Al-Shabaab Operations in Somalia called: ‘Reaping the Whirlwind,Hormuud Entrepreneurs and the Resurgence of Al-Shabaab’

The Executive Summary of the report states that:

“On August 25, 2019, officials of the company(Hurmuud) enlisted the support of the United States Congress Representative for Minnesota, Ilhan Omar, in its campaign against African peace-keepers in Somalia’s Jubaland State, which it accused of destroying its masts and undermining its business. Ilhan tweeted her support, calling upon the Federal Government of Somalia and the peacekeeping forces to protect Hormuud Telecom company”

Exactly one day later, on the 26th of August, Ilhan Omar made the above tweet calling for the protection of the terrorist financing organization.

On page 31, the report also highlights that Ilhan Omar had actually met with Hurmuud and the terrorist-financiers before publicly declaring her support for them in order ‘to rope in the Somali diaspora and internationalize Hormuud’s campaign for control over Jubaland.’

A 2018 UN Security Council Report reveals that: On 14 October 2017 a large vehicle-borne improvised explosive device exploded killing as many as 582 people. It was the deadliest terror attack in the country’s history.

“Two employees of the principal Somali telecommunications provider, Hormuud Telecom Somalia Inc., were also prosecuted in connection with the attack, for facilitating the entry of the large vehicle-borne improvised explosive device through the Sinka Dheerecheckpoint on the outskirts of Mogadishu.” says the report.

Below are snapshots of the second report, which can be read here. Hormuud Telecommunications is a company identified as being one of the single largest financiers of al-Shabaab, which includes large lump sum payments to al-Shabaab in the hundreds of thousands of dollars.

In brief: Al-Shabab is a US Listed Terrorist Organization, and Congresswoman Ilhan Omar is calling for the protection of their financier and main backer, Hormuud Telecom, after they requested her support. The question here is: How do terrorists contact Ilhan Omar, and is the CIA and or FBI investigating this? 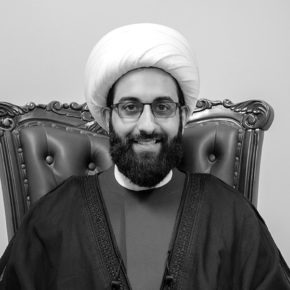 Imam Tawhidi is an Australian Muslim Scholar, Publicly Ordained Islamic Authority, Thinker, Educator, Speaker, and one of the main leading voices in the global movement of Islamic reform who has dedicated his life to ideologically tackling the spread of Islamic Extremism.

His qualificaitons can be found here