Minnesota Rep. Ilhan Omar faced intense blowback Tuesday over the vote on a resolution to recognize the Ottoman empire’s genocide against Armenians more than a century ago.

Omar, a progressive Democrat, was one of three lawmakers to vote “present” on the resolution, which recognized the deaths of 1.5 million Armenians at the hands of the Ottoman empire to be a genocide.

The resolution passed by a vote of 405-11, over an intense lobbying campaign from the Turkish government.

House Democrats pushed for the vote in part over escalating tensions regarding Turkish military strikes earlier in October against Syrian Kurds. Omar asserted that while she supports “accountability for human rights violations,” she did not want to support the genocide resolution being used “as cudgel in a political fight.”

She also said the question of whether to label the mass deaths, which occurred between 1915 and 1923, should be answered by “academic consensus outside the push and pull of geopolitics.” 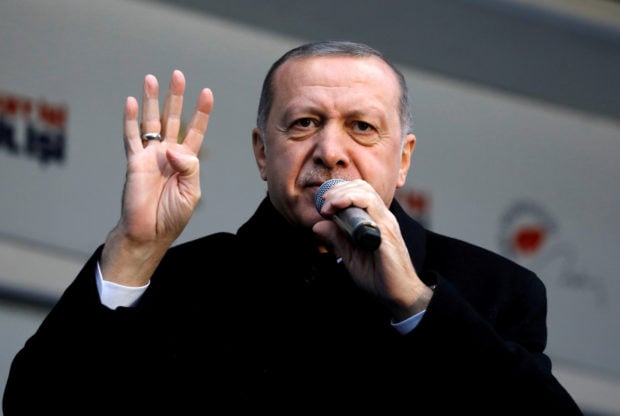 The Turkish government and its cadre of U.S. lobbyists have made a similar argument for decades in their efforts to block votes on a genocide resolution.

Omar characterized the transatlantic slave trade and murders of Native Americans in North America as genocides.

Omar has been an outspoken critic of President Donald Trump, especially regarding his policies toward illegal immigrants.

She has been far less outspoken regarding Turkish President Recep Tayyip Erdogan, who has led a widespread crackdown against political opponents in Turkey. Omar met with Erdogan in New York City in September 2017, when she served as a Minnesota state representative.

Liberal pundits blasted Omar’s defense of her vote, noting that it conflicts with her claims to be a liberal progressive.

This is a bizarre explanation https://t.co/R5q7i8hEhZ

Statement says genocide recognition should be “outside push & pull of geopolitics,” not “cudgel in political fight”

This ignores how *lack* of recognition isn’t neutral, is itself tied to Turkish state’s expensive fabrication & lobbying, & resulting “push & pull of geopolitics.” https://t.co/f7wcit5A31

I’ve been a vocal supporter of @IlhanMN but no more. There was absolutely no reason for her to not vote on something that is solid historical fact and use the typical world salad of denialists. I once saw her as a human rights defender.