So, to add a little humor to a hysterical time in our country, Alpha News decided to gather the best memes we came across after the election.  Enjoy!  (Warning – if you write to us about how one of these memes offends you we may send even more offensive memes back).

First, let’s pour one out for those who couldn’t make it onto the ballot Tuesday: 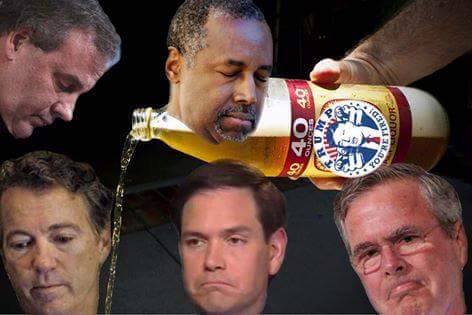 Don’t worry, Bernie, we didn’t forget about you!: The memes leading up to the election kept America’s spirits up throughout Dumpster Fire 2016: Let’s not forget the “Weekend at Hillary’s”: And finally, the aftermath of the election results: The 2016 election has come and gone, but the memes shall live in infamy.

(All photos taken from social media, to have credit added email pbagnpghf@nycunarjfza.pbz)