Impeachment allows for a president to be removed from office before their term officially ends if enough lawmakers agree that “treason, bribery, or other high crimes and misdemeanors” occurred, according to the Constitution. A “high crime” equals an abuse of power politically. Lawmakers have increasingly called for Trump to be impeached since he took office in 2016.

“The President, Vice President and all civil Officers of the United States, shall be removed from Office on Impeachment for, and Conviction of, Treason, Bribery, or other high Crimes and Misdemeanors,” the Constitution reads. An impeachment inquiry marks the first step of the impeachment process. 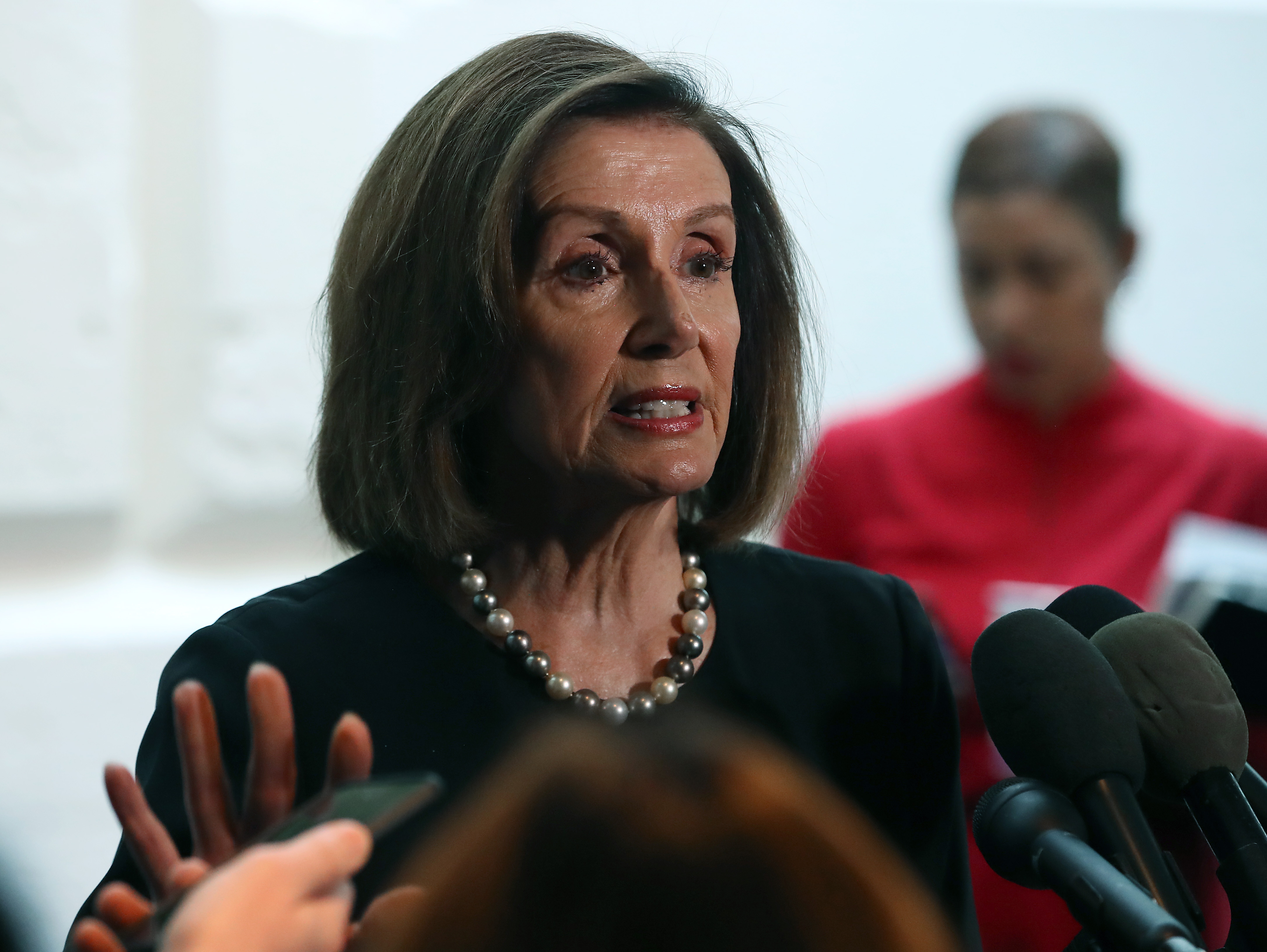 Speaker of the House Nancy Pelosi (D-CA) speaks to the media after a meeting with the House Democratic caucus one day after she announced that House Democrats will start an impeachment injury of U.S. President Donald Trump. (Mark Wilson/Getty Images)

THE FIRST STEP LAYS WITH THE HOUSE

The House is responsible for beginning an official impeachment inquiry. In the past two cases of impeaching a president, the House Judiciary Committee investigated and then recommended articles of impeachment to the floor. It is up to the House to figure out what “high crimes or misdemeanors” entails, the Washington Post reported.

There have only been two American presidents to be impeached – Andrew Johnson in 1968 and Bill Clinton in 1998 – and both were acquitted. A third president, Richard M. Nixon, resigned to avoid impeachment in 1974.

Another option is for the House to simply make a panel or hold a floor vote, the New York Times reported. If the House Judiciary Committee recommends articles of impeachment, the entire House ends up voting on them. The president is officially impeached or indicted if even one article gets a majority yes vote.

Currently, at least 218 Democrats in the House support an impeachment inquiry, according to a Washington Post count. This makes up more than two-thirds of the House, although it does not mean that all of these Democrats would vote to impeach.

THE IMPEACHMENT PROCESS MOVES TO THE SENATE

Once the House passes a majority vote on one or more articles of impeachment, the process moves to the Senate, where there are “no set rules,” the NYT reported. The first step is for the Senate to determine a procedure for trial. The trial is presided over by the chief justice.

“When the Senate decided what the rules were going to be for our trial, they really made them up as they went along,” Gregory B. Craig, a lawyer for former President Bill Clinton during his impeachment, told the NYT in 2017.

The Senate’s vote is final because the Constitution notes that it has “the sole power to try all impeachments.” This means that the verdict can’t be appealed, NBC News reported.

THE SENATE DOESN’T HAVE TO HOLD A TRIAL

There is no way to enforce whether the Senate actually holds a trial after the House decides to impeach a president. Although the Constitution reads that the Senate should hold a trial if the House votes to impeach a president, there is room for interpretation on this, according to Bob Bauer, the White House counsel for former President Barack Obama.

“The House may choose to impeach or not, and one can imagine an argument that the Senate is just as free, in the exercise of its own ‘sole power,’ to decline to try any impeachment that the House elects to vote,” Bauer wrote.

The Republicans in the Senate would also have the ability to dismiss the case without even looking at the evidence, and it is unclear who would have the authority to get the Senate together to consider articles of impeachment. Likely, it would be between Republican Sen. Mitch McConnell of Kentucky or Chief Justice John G. Roberts, Jr, the NYT added. 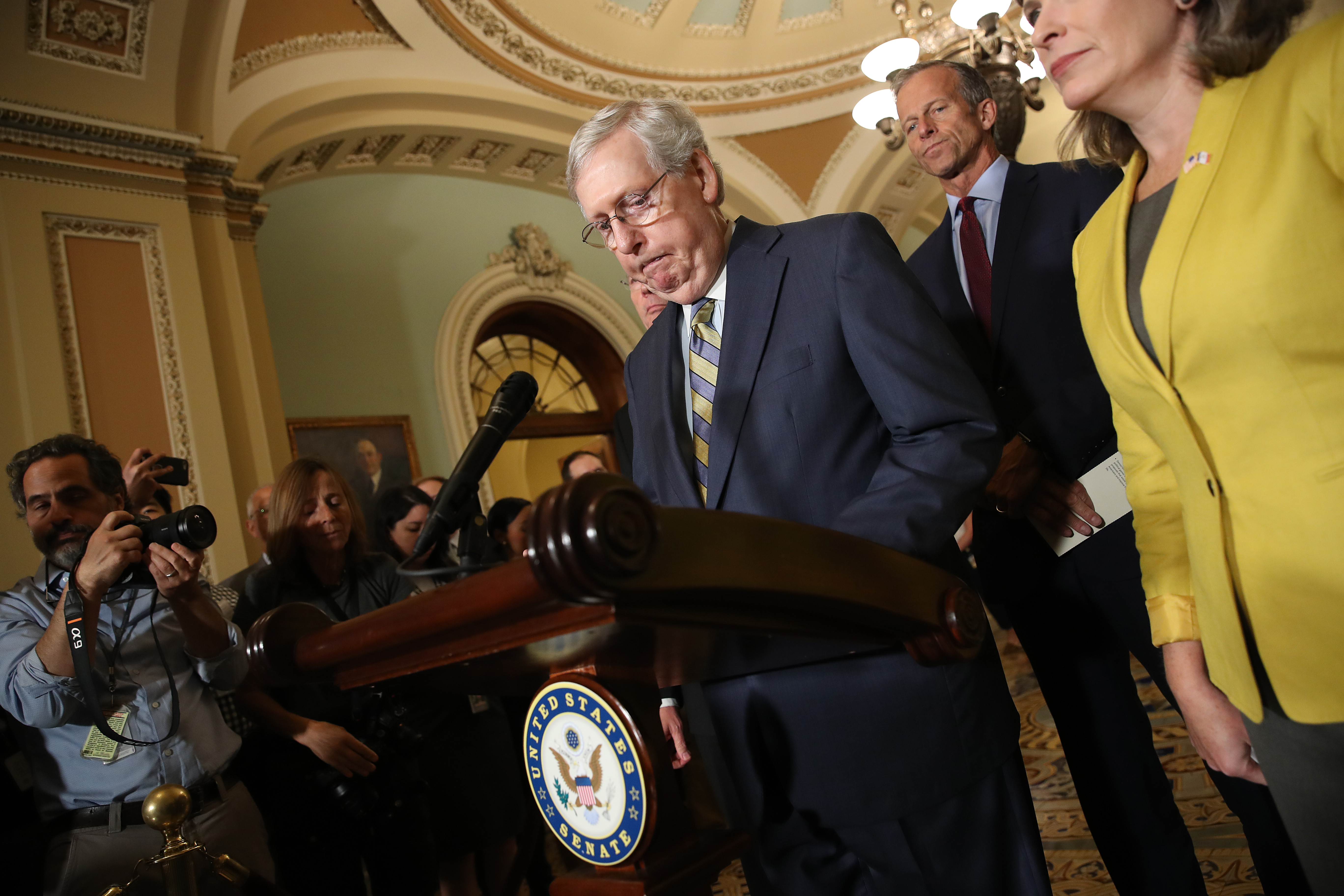 HOW DOES A PRESIDENT GET CONVICTED?

The Senate must pass a two-thirds majority vote in order to convict a president, CBS News wrote, meaning at least 67 out of 100 senators would have to find the president guilty. If a president is convicted, they are removed from office immediately and the vice president takes over. In Trump’s case, Mike Pence would take over the presidential spot.

If a president is not convicted, he can continue with his job and can run for re-election, if he has not already served two terms.

DOES THE PUBLIC SUPPORT IMPEACHMENT?

The majority of Americans don’t support impeachment, according to a Quinnipiac University poll released Wednesday, which noted that 37% of voters think Trump should be impeached and 57% do not.

Additionally, the Senate is controlled by Republicans, who have defended Trump throughout multiple controversies, from the phone call with Ukraine to allegations that he colluded with Russia in the 2016 election.

“He simply raised the issue of Biden, and I don’t believe he should have done it,” Florida Republican Sen. Marco Rubio said according to WaPo. “But that in and of itself is not an impeachable offense, as some people claim. Now, the second thing you raise, [a quid pro quo], he denies, and so do the Ukrainians. If alternative information emerges, we have a different set of circumstances, but that’s not before us right now.”