Hundreds of Beltrami County citizens filled the County Board chambers last night to halt the refugee resettlement program. The Trump administration passed an executive order last year allowing state and local governments to make the final determination if they want to accept new populations of refugees.

Several rural areas in Minnesota like Willmar and Waite Park have encountered numerous problems with the influx of refugees unable to assimilate into the culture. Growing tensions amongst the populations of those areas has led to a political rallying cry to change the resettlement policies in the state.

Beltrami County was the first county in Minnesota to vote to stop new refugee resettlement in a 3-2 vote. The law requires counties to “opt in” to the resettlement program. No action is the same as a no vote. Other counties like Kandiyohi, Blue Earth, and Nicollet have already voted to accept new refugees.

Reaction to the news was heard immediately in the St Paul Swamp. DFL Majority Leader Ryan Winkler posted on Facebook an emotionally charged response that some may assume amounts to a “Quid Pro Quo” — the same charge Congressional Democrats used against Trump in the impeachment proceedings. 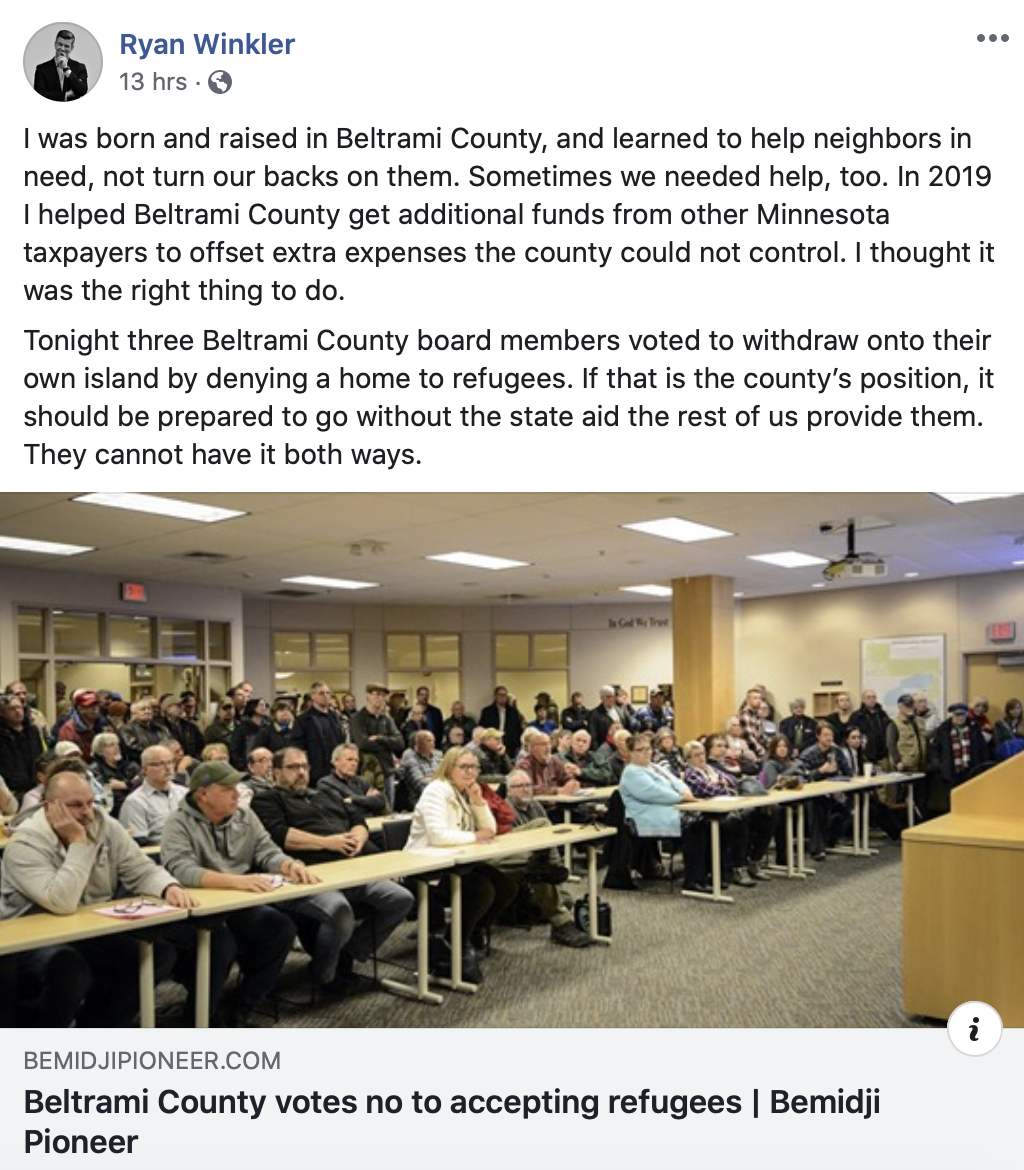 A left-wing 501c3 charity based in St Cloud, an area all too familiar with the problems of assimilation, went a step further late last night accusing Beltrami County residents as racist and xenophobic. Muslim Refugee Journalist Challenges Ilhan Omar’s Congressional Seat: ‘She Does Not Speak For Me’